Home » About Around the Clock Bail Bonds » ​Reliable Bail Bonds in Greensboro, NC 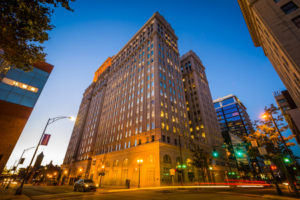 The most reliable place for bail bonds Greensboro, NC

What are bail bonds?

When someone is accused of a crime, they are arrested and booked into the jail system. After they are booked, a bond amount is set by the court. This is the amount of money it will take to release them from jail until their court date. Sometimes bail amounts are low enough that a bonding agency will not need to get involved. However, for the higher amounts, a bonding agency is prepared to help you through the bail bond process. When you contact a bonding agency to help you post bail, you agree that you will eventually pay the bond back for the accused person’s immediate release. The bail bondsman becomes responsible for the accused until the person shows up at the assigned court date. Sometimes, the agency may require that you stake collateral. This sounds much more intimidating than it is. Collateral can come in many different forms. Some people choose to stake their home, while others choose personal appraised valuables such as jewelry. This is just to ensure that you fulfill your part of the bond.

What is the agency’s role?

Once you have agreed to the terms of the bond and perhaps staked collateral, bail can be posted. The bondsman will contact the jail to arrange the bond. Then, once the accused is free, the agency assumes responsibility for the accused until their set court date. Once the defendant appears in court, the agency’s part of the bond has been fulfilled.

What does a bonding agency need from me?

In order to post bail, the agency needs just a little bit of information from you. The place of incarceration, full name, booking number and bail amount of the accused is enough. Then the bondsman can contact the jail, have your loved one released, and it’s smooth sailing until the court date! Just make sure that the accused appears in court—a failure to appear charge carries serious repercussions.

What is a failure to appear?

Sometimes, people do forget their court date and fail to appear. Other times, people try to run. Both of these are inadvisable. A failure to appear in court is a misdemeanor offense that the accused will be charged with in addition to the initial charge. This is easy to avoid! Simply make sure that the accused does not forget their court date or attempt to run. One sure thing is that if someone attempts to elude the law, they will be caught, and this will make matters much worse. Stay put, show up, and then the entire ordeal can be over!

Around the Clock Bail Bonds works for you